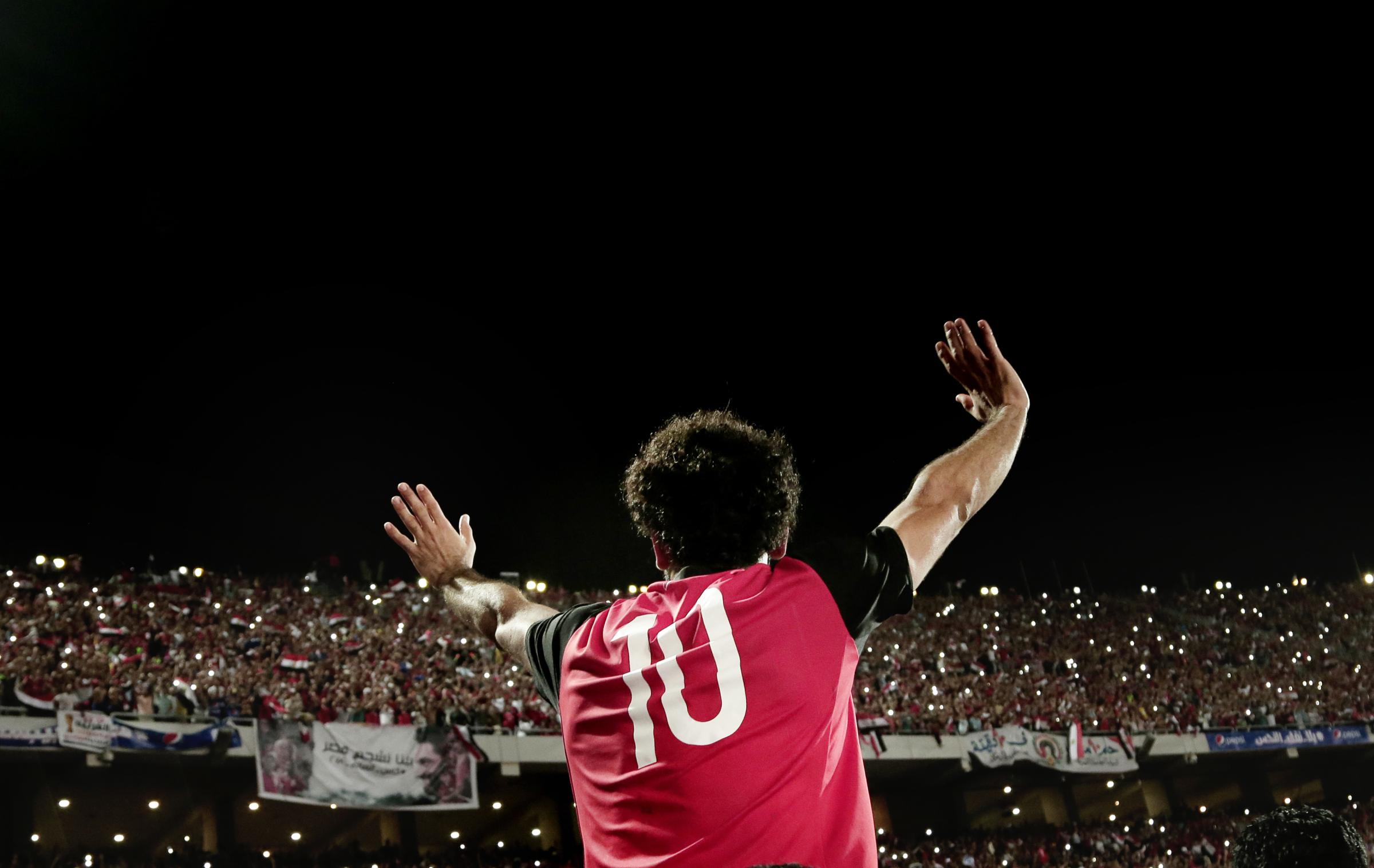 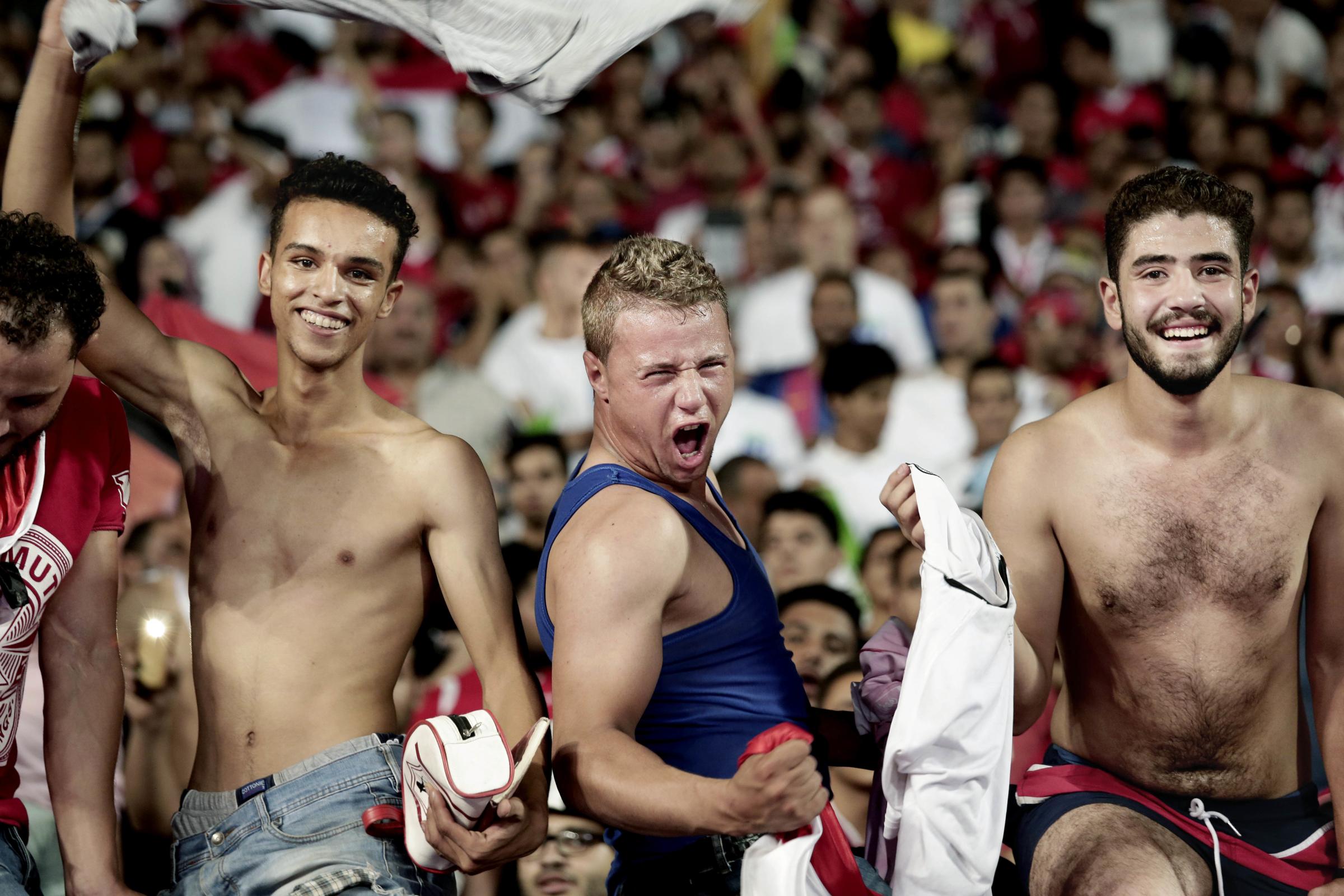 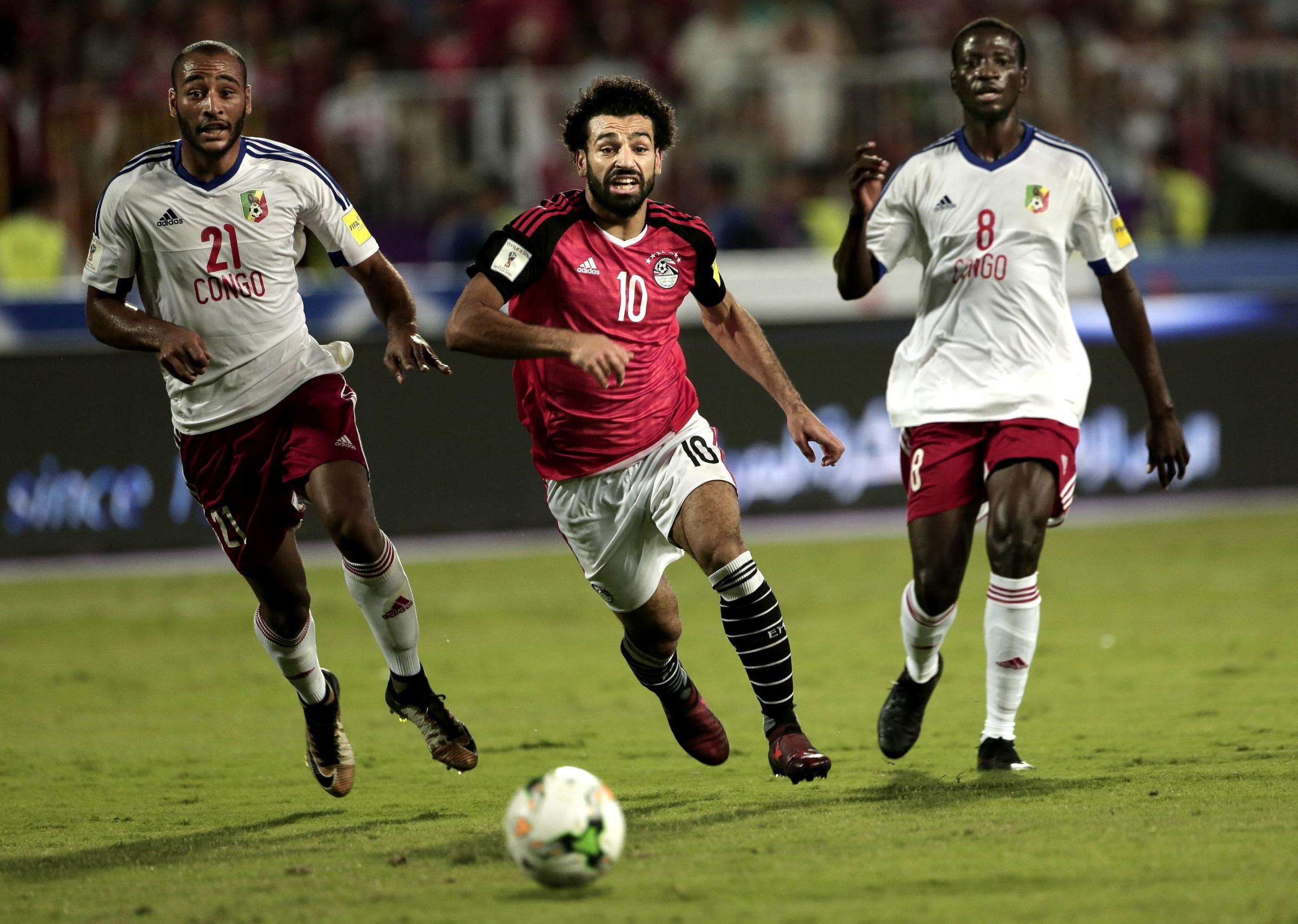 Salah battles for the ball with Congo's Delvin N'Dinga, and Tobias Badila, at the Borg El Arab Stadium in Alexandria. 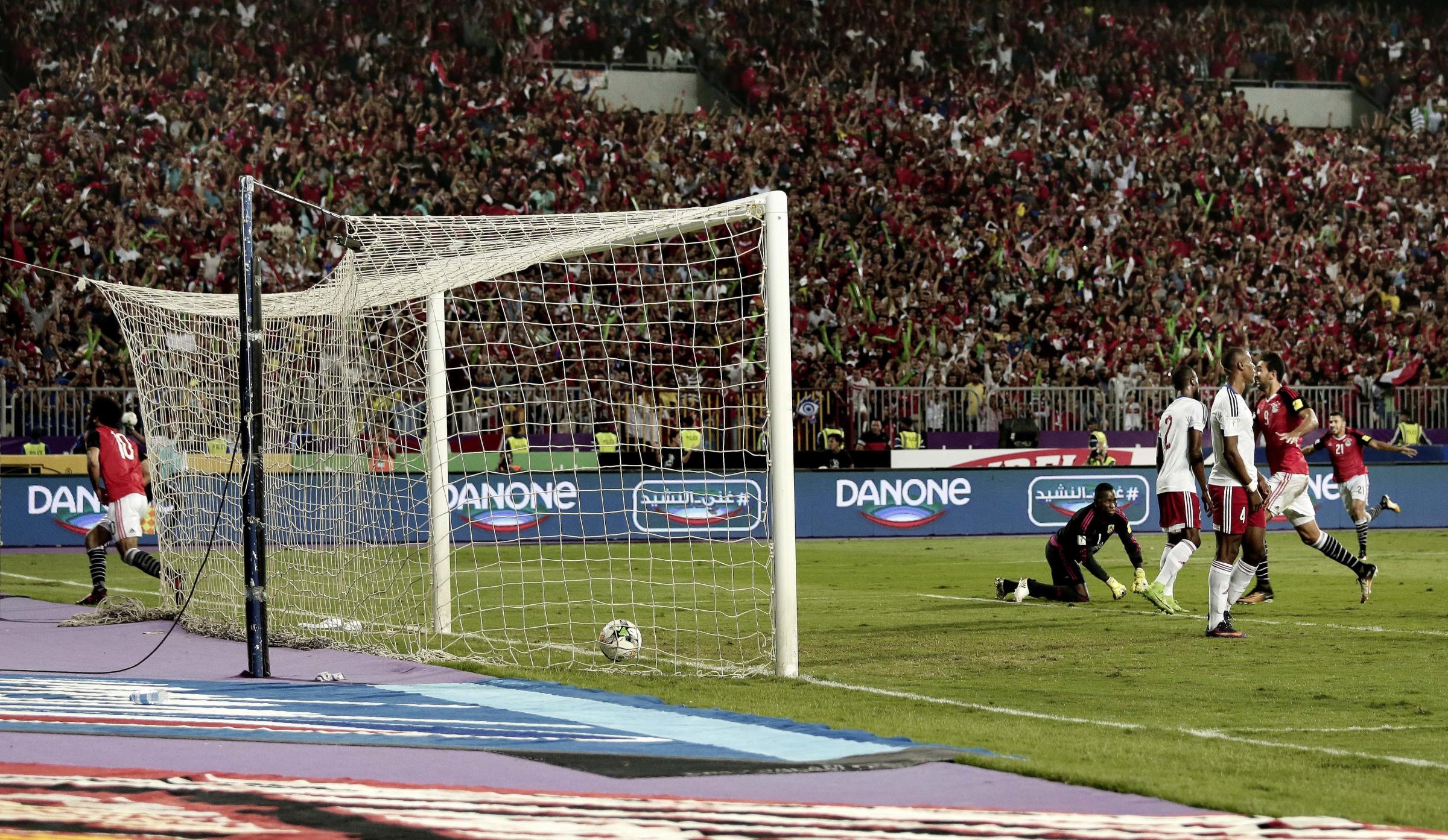 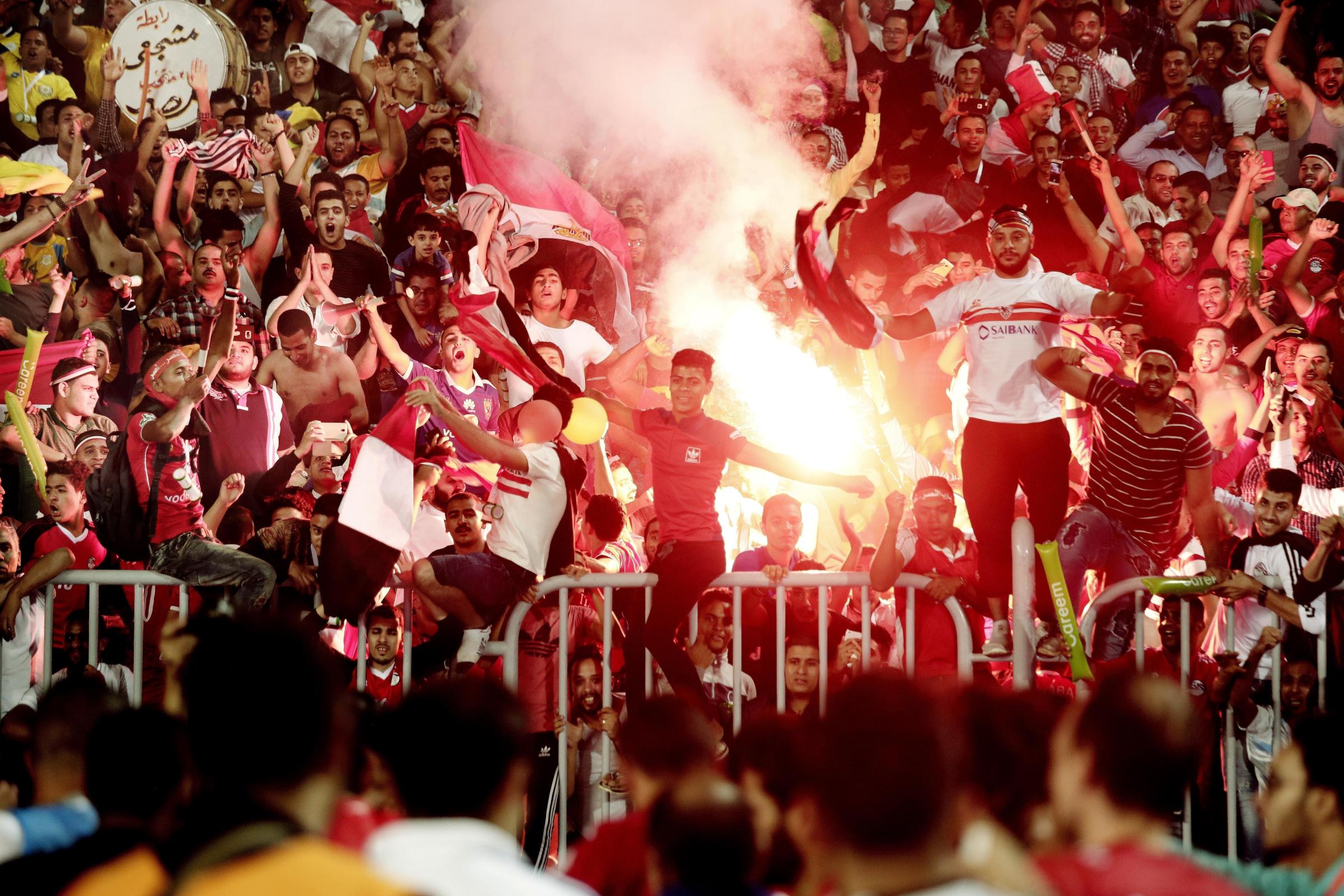 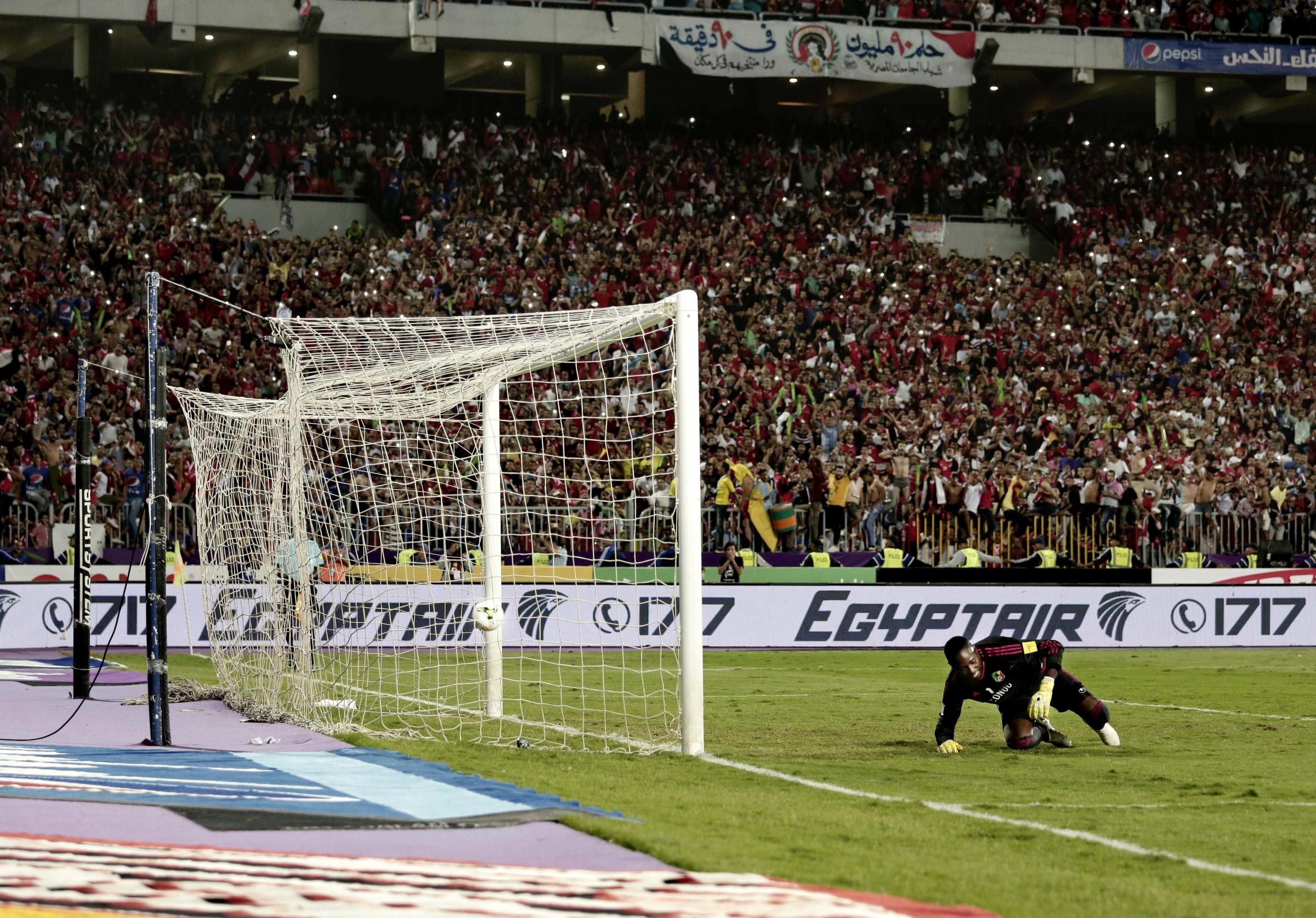 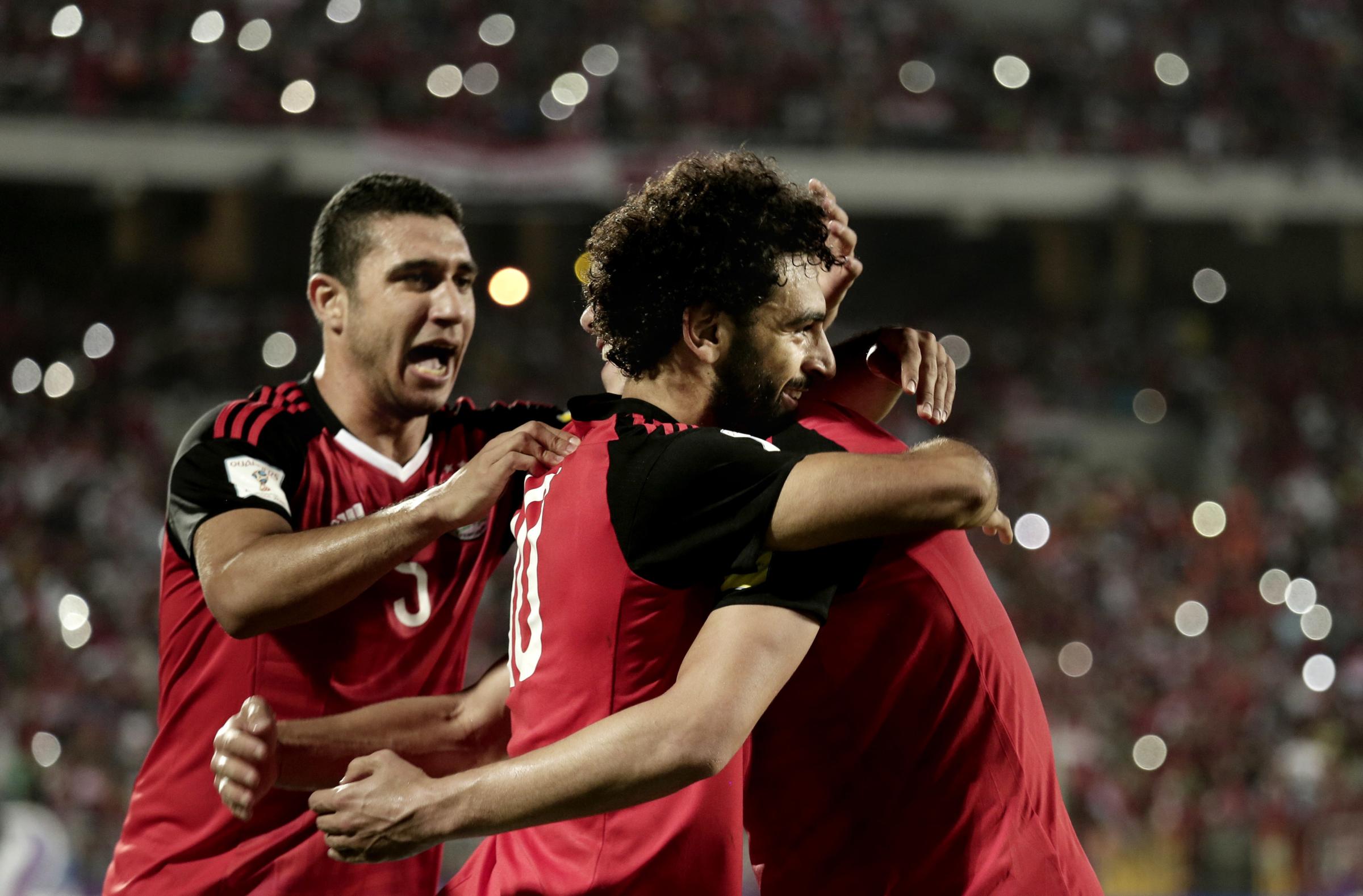 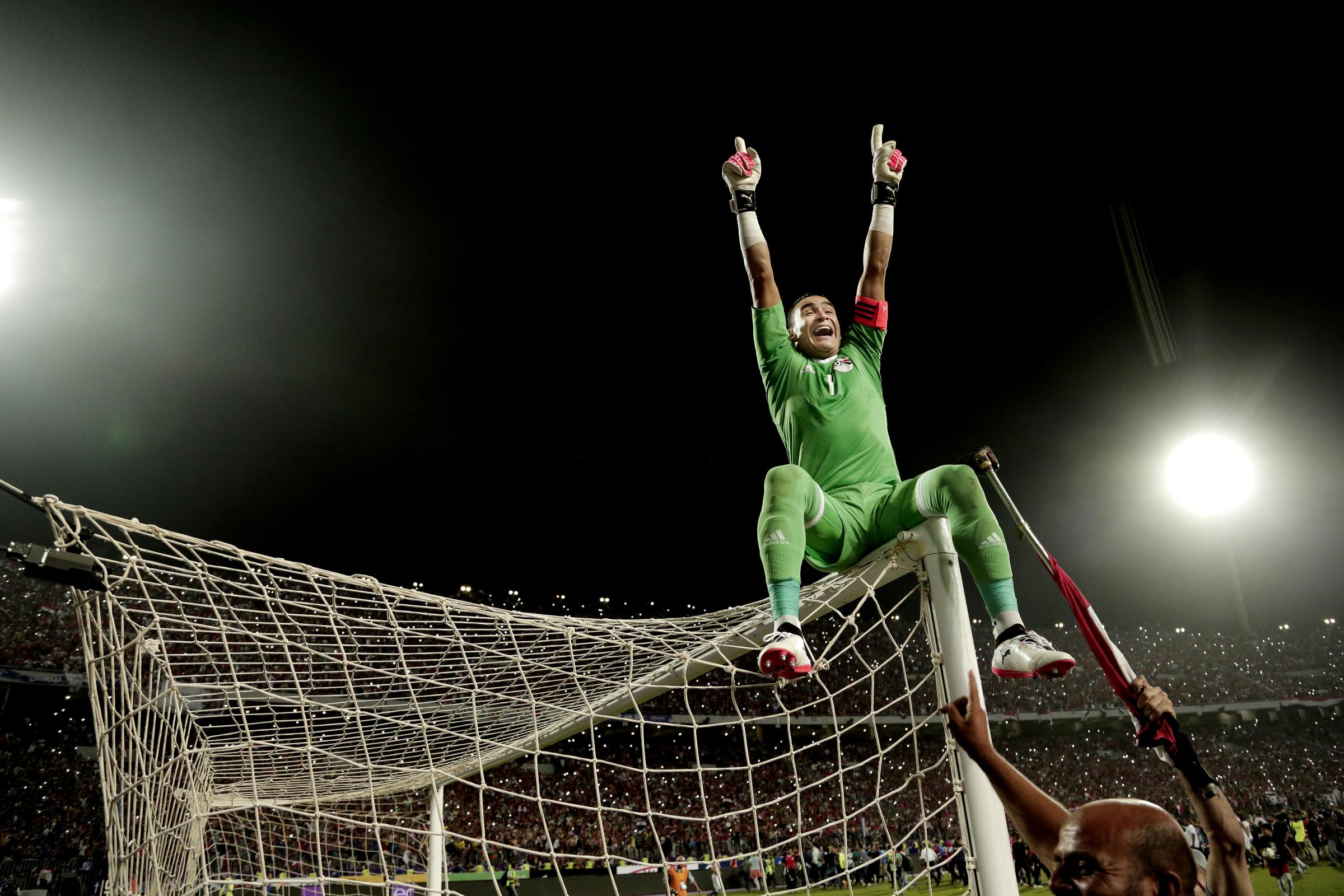 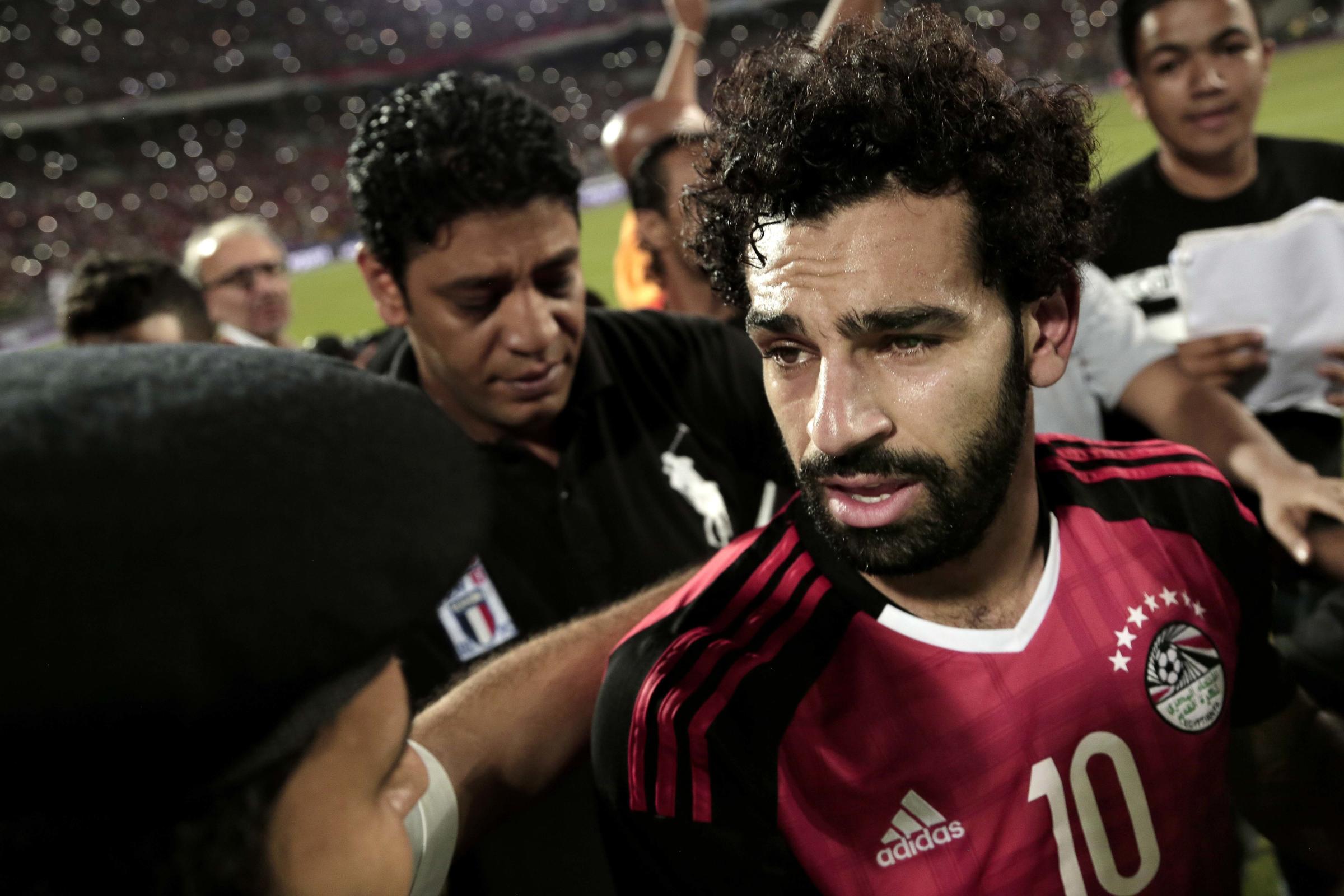 Salah is taken by security for his protection as fans try to take photographs with him, after defeating Congo. 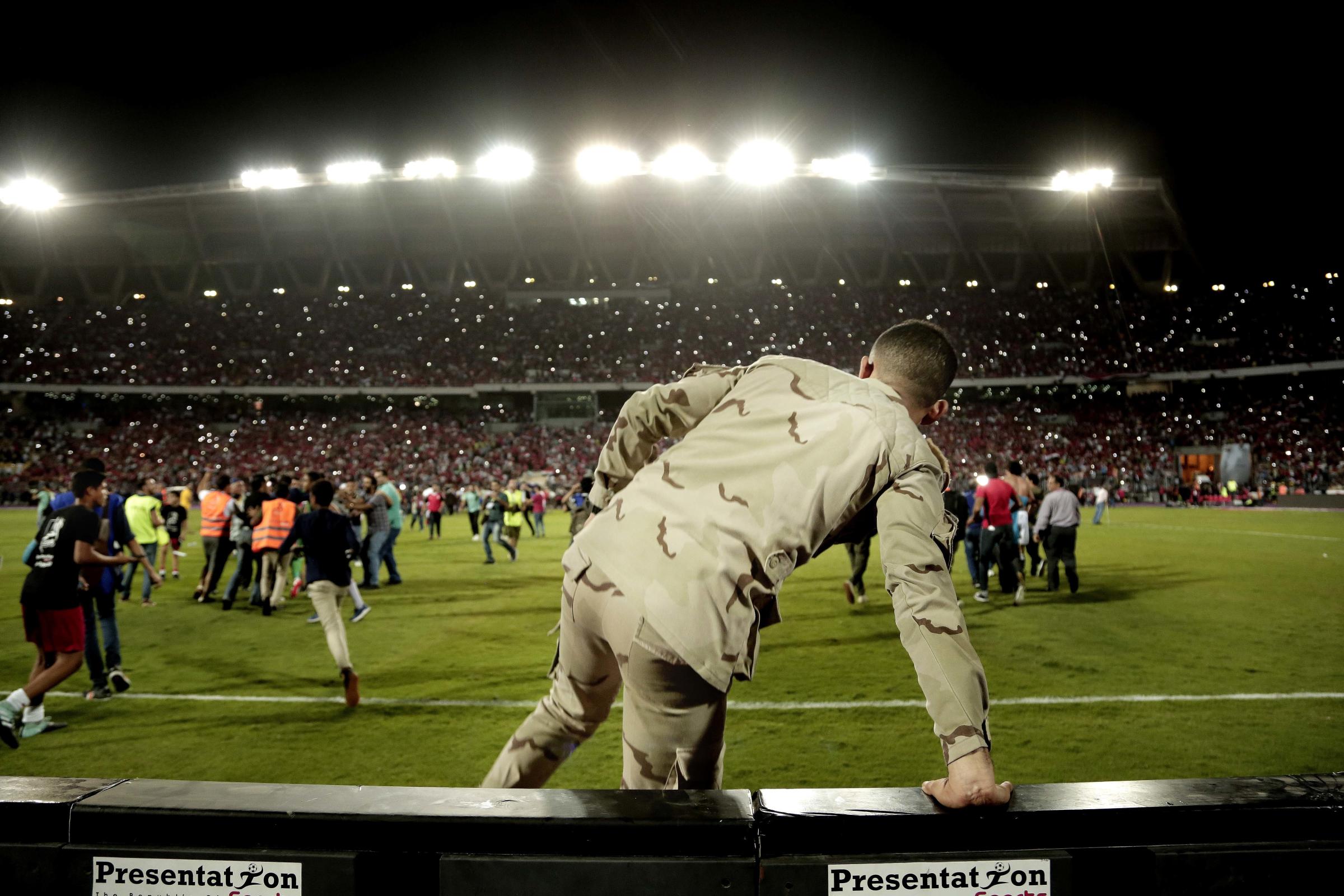 An Egyptian army solider runs to Salah and his teammates for protection, as fans try to take photographs with the team, after defeating Congo.
Associated Press